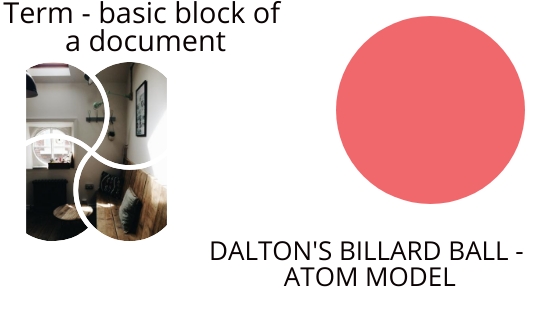 is a single word in a document. was created originally thinking they are atomic. Err, Just like daltons atomic theory atoms remain unmutated during a chemical reaction, but change during a nuclear reaction. Similarly, Term can be considered a basic building block of a document. Every term that is different in its binary representation can be considered a different Term. Stemming, Synonyms etc that creates a variation to a term (say by going to its root word, singular/plural etc) are in our opinion nuclear reaction equivalent. We will be treating a term as virtually atomic in all other places.